Des Moines’ spring and summer concert season is just around the corner. The city is jam packed with local talent and creative spaces to hear music. Local musician and artist, Jessica Villegas sat down with us to discuss why she enjoys Des Moines’ music scene.

“Des Moines’ music scene is unique. I like getting to know all the awesome musicians and being able to actually hear what’s produced around Des Moines,” she said. 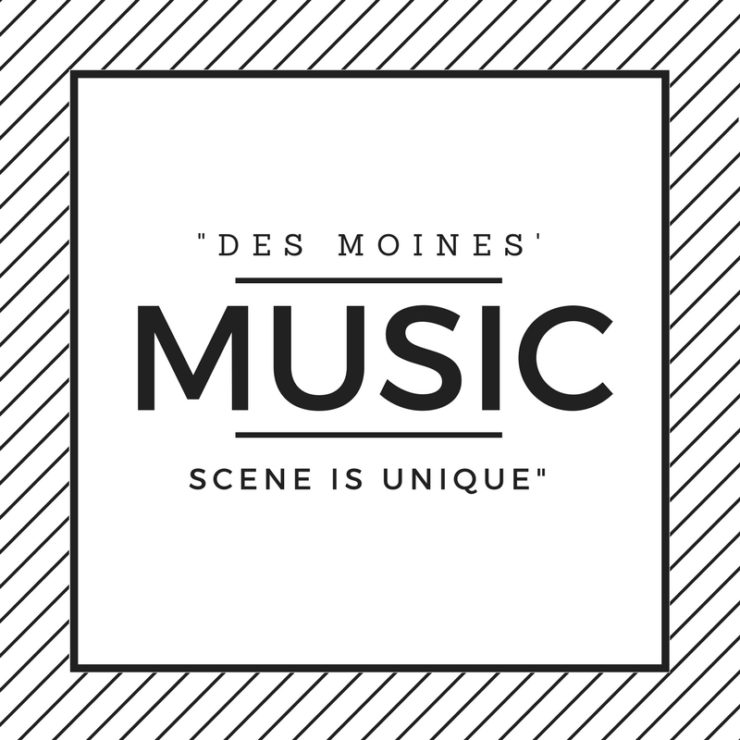 Here are just a couple upcoming concerts in the Des Moines area that you will not want to miss:

Local Natives – Situated in the heart of the East Village in Downtown Des Moines, Wooly’s will host the Local Natives on April 7. The Local Natives are of the indie-rock genre drawing inspiration from a wide array of talented classics. Tickets are $26 online, doors open at 6:30 pm and the show will begin 7:30 pm.

The Flaming Lips – This rock band is known to put on an unforgettable show. Not to mention, their show will be in held in an unforgettable location in the heart of Des Moines’ Sherman Hill District at the historic Hoyt Sherman Place. Tickets start at $40 for the April 22nd

The Chainsmokers – This DJ-duo turned pop superstars has burst onto the music scene in the last few years. This highly anticipated April 30th show in Wells Fargo Arena is sure to sell out. Tickets begin at $31.00 and can be purchased at www.hyveetix.com

Bastille – This British Indie-Pop band is commonly known for their hit single “Bad Blood”. The band just released a new album and has taken off on a world wide tour set to stop at 7 Flags Event Center in Clive on Wednesday, May 3. Tickets start at $35.

Chase Rice – This singer-songwriter, country type is set to open this summer’s Nitefall on the River series at Brenton Skating Plaza. His unique sound and hit songs are sure to be a great beginning to this popular summer event. Doors for the show will open at 6:00 on Thursday, May 18.

Red Hot Chili Peppers – The Red Hot Chili Peppers just released a new album entitled The Getaway. They’re taking the band on tour and making a stop in Des Moines on May 23. This will be another hot-ticket concert, likely to sell out. Tickets start at $50 and can be purchased at hyveetix.com.

Ed Sheeran – Maybe one of the most anticipated concerts of the upcoming season, Ed Sheeran just released his second album in early 2017. This will be his second concert at Wells Fargo Arena in downtown Des Moines. His first show sold out in record time so get your tickets for this June 30th show early!

These are just a few of the talented artists set to take on Des Moines’ music scene this summer. It’s sure to be a summer to remember; don’t miss out, pick up your tickets today!