A new project is taking shape on Ingersoll and Grand in Des Moines. Formerly a busy, high speed road, Ingersoll is now part of the “The Avenues”, with a bike, slower traffic, and a trendy crowd. 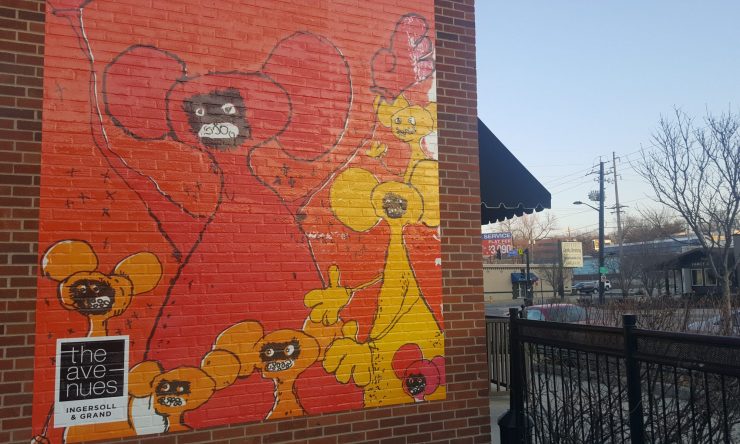 The project to revitalize the Ingersoll neighborhood has been in the works for several years. Matt Coen, executive director of The Avenues of Ingersoll and Grand, says that the project has four primary responsibilities: Economic development, marketing, maintenance, and capital improvement. 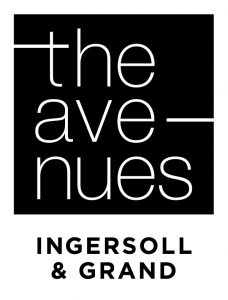 The avenues, which consist of Ingersoll and Grand from Martin Luther King Jr. street to 42nd street, are primary location for development. Both Drake University and Des Moines University are in the area, and Ingersoll has a vibrant community of young professionals.

When speaking with Matt Coen about the project, he seemed very optimistic about the future.

“Many changes have been made in the nearly 20-year history of the various groups and organizations that have been working to improve Ingersoll and Grand and the adjacent neighborhoods,” Coen said in a recent interview. “Some are quite visible: beautiful planting beds (especially between 28th and 31st Streets), bike lanes and corrals, improved traffic flow, public art installations, and thriving locally-owned businesses and a few national chains that meet a wide variety of needs in the community.”


These exciting new changes to Ingersoll and Grand have been almost twenty years in the making. Restoration strategies have been considered for the roads since 1998.

Since then, a 3.4 million dollar streetscape has been put in. The funds to complete the project originated from donations, business contributions, and stakeholder pledges.

The Future of The Avenues 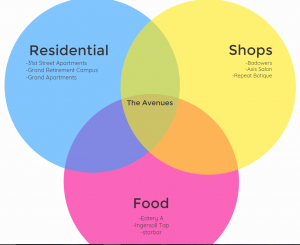 Today on The Avenues, murals can be seen, and many with The Avenues logo. Bike Lanes line the roads. A diversity of businesses has become a part of The Avenues community. In the summer, concerts play and plants are planted.

Ingersoll LIVE, the summer concert series, has quickly become a popular summer activity for Des Moines citizens. With a family friendly and trendy atmosphere, the series has thrived since 2004. That family friendly and trendy atmosphere can also be felt in the businesses of Ingersoll and Grand.
The changes have not slowed yet. According to Matt Coen, this is just the beginning of the revitalization of The Avenues.
“The future of The Avenues is bright,” Coen says. “With nearly $50 million of development projects in various stages of planning and construction and a bonding effort that will leverage the district’s increasing tax valuation, capital improvements like the completion of the streetscape beautification plan will likely be completed next year. We continue to see that each step forward adds to the area’s overall momentum.” 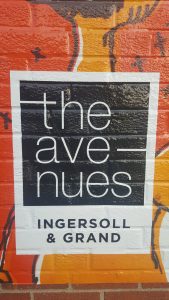 The Avenues project will be one for Des Moines natives to watch, as the historic roads continue to go through changes. The investment into The Avenues is continuing to help revitalize and modernize the city as a whole.

Check out The Avenues on Facebook for regular updates on the project.